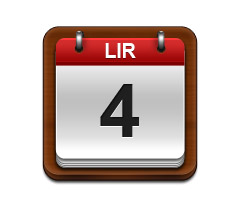 The mage tosses a seasoned log into an already simmering fire, warming the manor and warding off the chill spring night. Gazing out the window, he sees the light of the moons illuminating the other homes nearby and it gives him pause.  He stares at them for a moment before returning to the table near the fire and with a brief glance at the form sleeping in the nearby bed which causes a smile to crease his face, he settles down to the task at hand.

Before him lies a worn leather journal, and some small papers with various notes.  He mutters something under his breath about summoning and snorts with amusement at his own thoughts then opens the book to a fresh page, dips his stylus in the nearby inkwell and sets to writing.

For various reasons we make them, take them from others, and break them.  The events of the past few days remind me of mine.  In the 373rd year, I made what had already been a lifelong dedication to the Sorvendig family a formal bond.  I swore to His Highness to uphold the laws of Zoluren, to serve His will personally, and to do the same for his children when he sired them.

Throughout the years, Generals, Courtiers, Councillors. They’ve come and gone.  I’ve personally disliked some, felt confident about others, and with few taken the long view of knowing I will outlast them.  I make no qualms about saying that the thought of serving the ‘Voice of the Sorvendigs’ as the current Seneschal has been referred to, was unappealing.  She is brash, foolish, and quite frankly is lucky His Majesty isn’t alive. The way that woman speaks is amazing. It is as though nobody took the time to explain what is expected of a noble, much less what is expected of someone who represents the Sorvendig family!  Despite my personal reservations, she remains the representative of His Majesty’s family and therefore, one I follow.

The new Military Advisor to the Zoluren Court has the vices and virtues of being the scion of a Great Noble House.  And I find myself liking him.  Today, the man lead a military briefing the way it should be lead.  Short on banter, and very up front about his expectation of results, not words.  The way a leader of warriors should be. He was also not afraid to wet his own blade, taking an active hand in the battle.   I think Lord Denesal is going to have to realize that common courtesy in order to avoid a street war with the local thugs and malcontents is probably more valuable than the morale righteousness of refusing a drink from one of them, but that is for another day.

All in all I’d say that Zoluren’s Militia, are in good shape.  The Vela’tohr and the Steel Gladiolus work well together. The various malcontents from both of our companies have been shown the exit, some more vociferously than others. Heartsfyre and I work well together and it appears the politicians are going to stick to politics and let the soldiers soldier.  Yet another reminder to me of how well placed -my- oath to House Sorvendig was.”