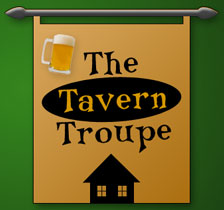 Showtime At The Wala

As the Tavern Troupe kicked off Showtime at the Wala to a crowd of fans, including Lord Arandus Linlaig of Leth Deriel, Master of Ceremonies Kasto introduced 6 performances at the lush formal theatre venue in Arthe Dale.

First to sing was Dreamheart, who started with the rousing Zoluren Anthem, “O Zoluren”.  Lydena followed with a haunting ballad of a lost love, “Silent Sorrow”. Khash told a wonderful story of a man with several wives at the end of his life. Shinumo sang “The Wilderness” in honor of the wilds of our beloved world. Bellicia told a story about a magic wish with a surprise ending. Kasto concluded the performances with his magic violin and supported by a whole cast of puppets.

Rave reviews were received by all the performers!

If you were one of those not in attendance, please stop one of the cast and ask them for an encore! Don’t miss the next Tavern Troupe event; it’s a party and auction on 2 Kalen (OOC: May 28) in the Trader Auction Hall.

Keep your eyes on the Calendar of Events for the next concert.

Baresh started working at the Wren’s Nest when it first opened in 349AL. He’s been hearing the news and pouring drinks ever since then.